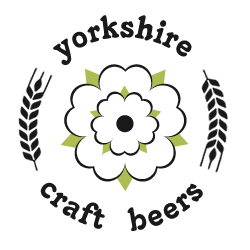 First bred in 1974 by crossing Brewers Gold, Fuggle, East Kent Golding and Bavarian hops, Centennial was released to the public in 1990. Centennial is similar to Cascade and is often called 'Super Cascade' for the citrus, grapefruit and floral notes. Other flavours also include pine needles and tangerines. It's popularity has grown in recent years as brewers move away from bittering for bitterings sake and prefer to use a dual purpose hop like Centennial that has excellent aroma and flavour profiles.

Motueka carries some of the same noble character as its Saaz parent. In the nose it has a bright and lively citrus quality of lemon and lime along with some tropical, floral and stone fruit notes. Its bittering is considered balanced, clean and pleasant. Motueka is probably most often used as an aroma hop, but its alpha acid gives it enough weight to be used as a dual purpose variety and a great option for any single hopped brew. Dry hopping brings out the tropical fruit and citrus flavours.

Amarillo was accidentally discovered in 1990 when it was growing alongside a Liberty hop field. After cultivation it was released to brewers in 2003. Typically used as a late boil addition, including dry hopping, it imparts a distinct flowery, spicy, tropical, citrus flavor and aroma to the brew. Other aroma descriptors include grapefruit, melon, apricot and peach. Beer styles that make use of the Amarillo hop include Pale Ales, IPAs, Porters, Wheat Beers and Amber Ales.

Mosaic was bred in a search for a higher yielding simcoe-like variety. Breeding started in 2001 and took 10 years to produce. Originally called HBC 369, Mosaic was released to the craft beer industry in 2012. This name was chosen because of the complex and broad aromas and is backed by a clean bittering, which makes it especially remarkable in single hop ales. Noted for blueberry and berry aromas with other descriptors that include mango, stone fruit, floral, bubblegum, tropical, citrus, grassy, pine, earthy, herbal and spice.

Simcoe is a dual purpose hop from America that can be used for bittering due to its high alpha acid percentages and can also be used as a late addition to bring out more fruity aromas. Together with the fruity and slightly earthy aromas, specific descriptors include grapefruit, passion fruit, pine, berry and can also carry notes of apricots. Often used in conjunction with Citra, Amarillo, Centennial, Mosaic, Chinook and Cascade hops. Some popular beer styles that make use of the Simcoe hop include Pale Ale, IPA, DIPA, Lager, Wild Ale and Red Ale.

Also known as Hort 4337, it was bred by NZ Hops in 2004 and has been extensively trialed in New Zealand, Australia and the USA. This sister of Waimea is expected to be the next big New Zealand hop when it makes it's way to our shores. As the name suggests, it has a citrus flavour, but it's the ripe tropical fruit that's getting people excited, expect pineapple, passion fruit and stone fruits such as peach. This big flavour profile is best suited to dry hopped styles such as IPAs and NEIPAs.

Released for brewing in 2020, this newly cultivated hop is the daughter of Sabro and has a lineage of wild American hops from the West Coast. Talus packs a powerful aroma and flavour profile with big hits from tropical fruits, citrus zests, red berries, floral notes, sweet caramel and pine resin. Other subtle flavours can be woody, grassy or herbal tones. Because it is so new, brewers are trying it in different beer styles including wheat, golden, American style lagers, pale ales and IPAs.

Cascade is the quintessential US hop and one of the big 3 C's in craft brewing. Cascade was developed in the 1960's by Oregon State University to be resistant and aromatic, it was derived from the English Fuggle and the Russian Serebrianker. Used primarily for aroma, it has the characteristics of floral, spicy, citrus and grapefruit notes mainly but lychee and pine can also be found. Although it has lower Alpha Acids than some other bittering hops, Cascade is still used for many American Pale Ales including West Coast beers.

Citra was developed in USA by the Hop Breeding Company (HBC) in Yakima Valley and released in 2009 making it a relatively new hop variety. It has high alpha acid and oil content, giving it strong tropical flavours, aromas and bitterness. Used predominantly in IPAs and Pale Ales of all origins. After gaining popularity in the UK, it has become one of the staple flavouring hop of recent years.

Nelson Sauvin was developed in New Zealand before being released in 2000. The hop is often compared to the wine grape of a similar name, Sauvignon Blanc. Because of its heritage and wine characteristics, many brewers and drinkers find its profile isn't to their taste. This hop can give off flavours and aromas of wine, grapes, lychee, mango, gooseberry and black pepper, as a result it it can be a difficult hop for brewers to master. Nelson Sauvin has become a popular hop to use in American style IPAs and Pales. With a complex oil content it can used for flavouring and bittering. It is usually paired with other citrusy hops such as Citra, Cascade and Amarillo.

Sabro comes from Yakima Chief in the USA and is an experimental hop from their breeding program by John Haas. Since its inception and release, Sabro has gathered quite a name for itself because of its broad flavour profile. It has flavours of coconut, mint, citrus fruits and cream making it a versatile hop but also one that sometimes divides opinion. Used mainly in IPAs and Pale Ales because of the flavours it imparts to the brew. Some breweries have used it in milkshake IPAs and ice cream beers due to its flavour range.